If you're a computer programmer you might have found yourself describing a particular problem you are having to a colleague. Many times you'll never even finish the explanation, or get any feedback before you uncover the solution to your problem. I've found that a colleague is not even necessary: you can talk to anything as long as your verbalize your problem. 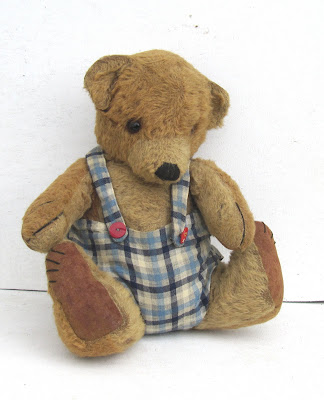 While working on my book I would frequently describe out loud the scientific sections I was writing to make sure that I understood what I was explaining. To feel a little less ridiculous I used to do this while talking to my cat. The cat didn't understand what I was talking about, or at least it never said a mumblin' word, but speaking aloud helped me enormously.

I also find myself talking directly to my computer while debugging. And there's something in speaking out loud a problem that makes cogs in my brain mesh and a solution propose itself.

In Coders a Work Joe Armstrong (who created Erlang) describes a similar situation with a "useless" colleague:

I worked with this guy who was slightly older than me and very clever. And every time I'd go into his office and ask him a question, every single question, he would say, "A program is a black box. It has inputs and it has outputs. And there is a functional relationship between the inputs and the outputs. What are the inputs to your problem? What are the outputs to your problem? What is the functional relationship between the two?". And then somewhere in this dialog, you would say, "You're a genius!" And you'd run out of the room and he would shake his head in amazement--"I wonder what the problem was, he never said".

Unfortunately, talking to animate objects is often seen, by the general public, as a sign of insanity. I only talked to the cat when the rest of my family were out of the house. But speaking out loud seems to be helpful because it forces you to explain clearly your problem, it forces you to find hidden assumptions, and it makes different bits of your brain work.

Since the thing you are talking to knows nothing of your problem you have to explain it clearly and in detail, as you go into detail you are forced to uncover parts of the problem you hadn't thought of. And, by speaking out loud you use the parts of your brain that form words, move your mouth, hear words and process them.

The Pragmatic Programmers call this talking to inanimate objects technique Rubber Ducking because they suggest placing a rubber duck next to your computer and talking to it. The Rubber Ducking page has stories of the different objects people to talk, and relates the story of a teddy bear at MIT that students were forced to talk to before bothering a member of staff.

The same sort of technique seems to have worked for Alan Turing. One of his nieces recalls Alan Turing having a teddy bear:

"It was called Porgy. He bought it for himself when he was an adult, and it used to sit in the chair when he was at Cambridge. He used to practice his lectures in front of Porgy."

The surviving Turing family were kind enough to send me a photograph of Porgy dressed in the little outfit that Alan Turing's sister made for it. You might like to print it out and post it near your computer. Next time you come up against a difficult problem, simply turn to Porgy and describe out loud the problem you are having. I'm sure Porgy can help.

Just make sure noone else is watchin' as you pour out your problems to Porgy.