July 08, 2010
In April 1961, Yuri Gagarin became the first human into outer space and the first to orbit the Earth. In honor of Gagarin I'm planning to launch my own 'space' mission which I'm code naming: GAGA-1.

The code name serves a triple purpose: it sounds funny, it's the first four letters of Gagarin's name and it stands for "Geek Atlas Goes Airborne". None of the places in The Geek Atlas are quite as high as GAGA-1 will travel; I'll have to come up with a mission patch that includes The Geek Atlas in some way.

My mission won't be quite as high as Gagarin's: I plan to launch a helium-filled balloon into the stratosphere in attempt to photograph and film the curvature of the Earth with the blackness of space visible. Also unlike Gagarin, others have gone before me: it's quite possible to launch a 'weather' balloon carrying a payload with cameras and take photographs at an altitude of 30km or greater. See, for example, this post about BallastHalo 5.

Since it's going to take me a while to assemble all the gear, write all the code and perform ground based testing, my initial flight might coincide with the 50 year anniversary of Gagarin's flight.

To make this interesting for others I'm going to document my progress and the eventual flight here using the tag gaga. Follow that if you are interested in knowing how it goes.

Here are my initial notes:

Yes, I can legally do this in the UK. There are restrictions on which airspace I can launch in and how heavy the payload container can be, but it's ok for me to launch a helium-balloon with a recovery parachute and with a radar reflector as long as I get permission from the CAA and NOTAM (notice to airmen) about the balloon launch. These are somewhat blanket notices. For example, here's one used by CU SpaceFlight:

It doesn't appear that I'm required to have insurance, but I need to look into this more.

There are three parts to the balloon assembly: a latex weather balloon (the preferred manufacturer appears to be Kaymont, lots of helium (probably from BOC) and a parachute. 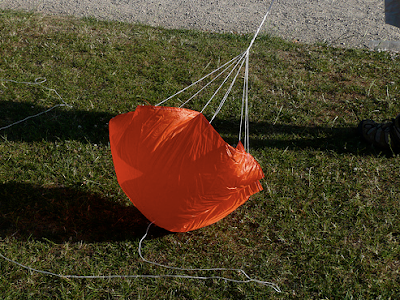 Essentially, the larger the balloon the more helium it can contain and the greater the lift it will achieve. The goal of the project will be to minimize the payload weight (currently I have calculated my ideal payload at around 700g) and maximize lift (while controlling costs) so that the balloon rises quickly. The quick rise is important for a number of reasons: it minimizes the time I have to wait for it to come down, it minimizes the low temperature exposure of the electronics, and the it minimizes how far the balloon will drift from the launch site.

The parachute would be attached to the cord attaching the balloon to the payload and would be open all the time. On the way up it does nothing, once the balloon bursts it comes into play as the payload falls and reenters thick air. The size of the parachute will modulate the descent rate, but larger parachutes also weigh more. So, some research here on good parachute sizes.

Flight time is going to be largely determined by the balloon and parachute combination, but the trajectory is up to the wind. The guys at CU Spaceflight have a balloon trajectory calculator that uses weather information to predict a landing location. 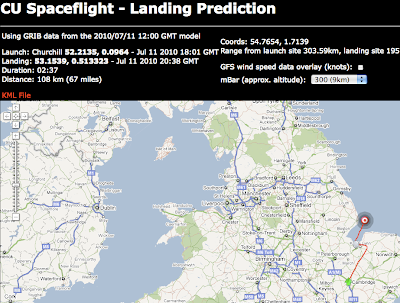 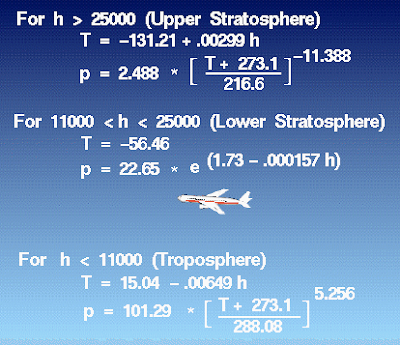 In order to make sure that temperature doesn't hurt the capsule I plan to run freeze tests first in my home freezer (-18C) and then in a commercial freezer (plan to ask the local butcher to lend me a corner of his deep freeze). This will test the electronics, any warmers and also the capsule structure.

The main flight computer will be an Arduino Duemilanove. This is primarily because I have some lying around at home (thus reducing costs), I know how to program them, and they are very flexible little beasts. 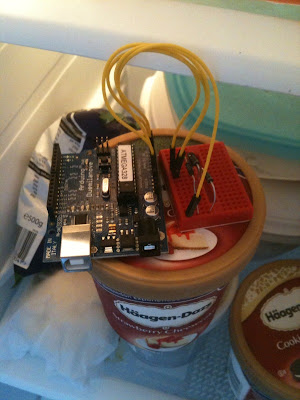 The flight computer will be responsible for reading GPS coordinates and altitude, relaying those and status messages to the radiotelemetry system and via GSM SMS messages. It will also, possibly, read the internal temperature of GAGA-1 for monitoring purposes and barometric pressure. And it should be used to activate a video camera once the capsule is high enough.

For redundancy I want the main camera to be totally independent of the rest of the electronics, and so I am going to use a second-hand Canon A560 that I got off eBay hacked using CHDK to take still pictures and short videos by scripting it internally.

The camera will also run on its own power supply (internal AA batteries) so even if there was a total flight computer failure the camera would run.

One thought I have is using an allophone speech synthesizer to speak the latitude, longitude and altitude of the payload so that the camera will pick up the sound when filming video. That way there'd be a nice record of where we were. Not sure how well this would work in the thin air at 30km.

This is an area where the CU Spaceflight guys and others have got things well worked out. The radio will be a Radiometrix NTX2 running in SSB transmitting RTTY at 50 baud.

They also have software that can decode the RTTY and upload to a tracker web site. That web site can take feeds from multiple radio operators thus giving lots of coverage for tracking. 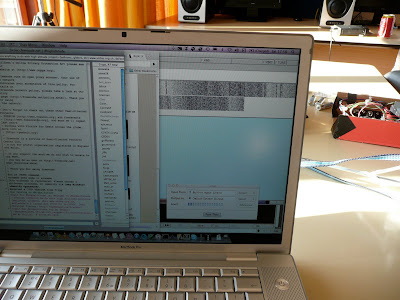 9. Launch site and time of year

Haven't really investigated this, but clearly want a nice clear day for the launch and would assume I'll do it at one of the two Cambridge launch sites that have been used by others.

One of the problems with GPS is that there are legal limits on their operation. Modules won't work about some altitude (typically 18km) or speed (515 kph). Some modules implement this restriction as an AND (i.e. you are high and fast). I have a Trimble Lassen IQ that I used for something else that will work at this altitude at slow speed. It will be the main GPS connected to the Arduino for radio telemetry.

The other GPS module I have is a Telit GSM862 which has integrated GSM. It doesn't work about 24km. So I am going to run it separately from the main flight computer providing back up telemetry via SMS for recovery. It has an embedded Python interpreter so I will program it to send out SMS messages giving its location when it is below 24km and in GSM range.

The system is likely to need both 5V and 3.3V power to run the flight computer, the GPS and the radiotelemetry system. And the batteries are likely to be exposed to very low temperatures. Ordinary household batteries are not going to be good enough because they likely won't provide the power for the length of the flight at the temperatures seen.

The consensus seems to be that some specialized batteries are likely to be needed. A good example seems to be Energizer Lithium Ultimate non-rechargeable batteries. 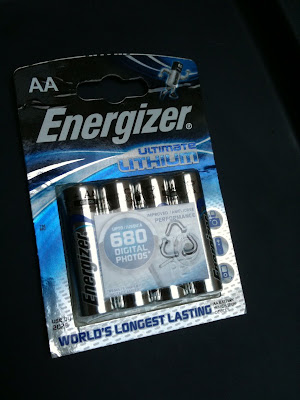 They can operate down to -40C and have a nice flat discharge curve maintaining a pretty stable voltage as they discharge. There's a nice technical document from Energizer on these here. Looks like they cost about £5 for a pack of four.

Like everything I'll want to run a full test of these batteries at room temperature to see how long they can power the electronics once GAGA-1 is constructed. It's probably worth also doing a freeze test on them as well.

For the core structure I'm thinking of using a plastic box with a screwed on lid. All the electronics can be screwed down inside this box and the box will only have holes for the camera lenses and antenna mountings. Plastic should give a good combination of strength and lightness, but I want to do a freeze test on the box to make sure that is won't crack.

The outside of the case will then be clad in extruded polystyrene panels. These will be glued on. Extruded polystyrene should give a nice combination of being easy to work with, light, insulating and smooth. The smooth is important because I want to spray paint the entire thing bright orange to ease recovery. In addition, that type of polystyrene is easy to obtain because it's used in model building and house insulation.

Another possibility is to use a ready made polystyrene box such as these. That would save on construction costs and they are very, very light.

Then I'll stencil on the outside the following:


There's a ton of other details to worry about (the cord used for the balloon, temperature sensors, ...) and I'll update with pictures, code and circuits as we go.

PS Don't expect rapid updates to this, this is a strictly spare time when I can get spare time activity.

Dogsbody said…
What an awesome project. Will look forward to seeing updates on it :-)
5:45 PM

Brad said…
Ha. Those googling for 'lady gaga' might find your post too! Though I got it from Y Combinator...

Very cool project, one I would have liked to have done when a teenager!!

Richard Jones said…
Helium? Wouldn't it be better to use hydrogen?

It's cheaper. It's more environmentally sound (apparently helium is running out). And you should get more lift into the bargain.

The fact it's flammable shouldn't make any difference in an unmanned balloon provided you don't light up a fag while you're filling it.
8:00 PM

Unknown said…
You might just find some useful info at http://www.jpaerospace.com/blog/. They're the team that launched the chair for the Toshiba ad to about 100K ft (see making of film at http://www.youtube.com/watch?v=g2pVRHzs9U8) and regularly photo sponsors' logos etc at high altitude.
11:27 AM