GAGA-1: "Honey, there's a camera in the freezer"

Tonight was freeze test time for the GAGA-1 camera and it passed with flying colours. That was to be expected given that others have flown the A560 camera to the stratosphere without too much trouble. But I really wanted to convince myself that it was OK to stick a digital camera in the freezer. 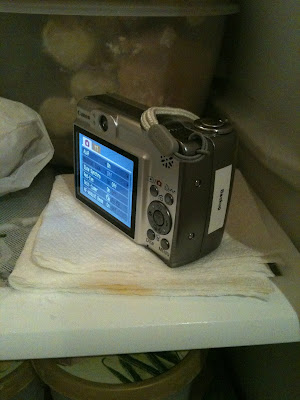 Two hours later the camera is ice cold, covered in ice crystals, but still operating. The lens retracts and extends correctly and picture taking works without any obvious problems. 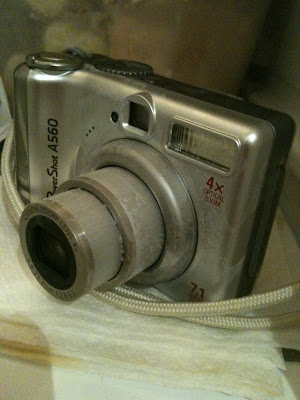 And after three hours I put the camera out of its misery. It was still working fine. Should be good for the real flight. Here are its final moments of frozen captivity (I hit the off button and the lens and shutter closed): 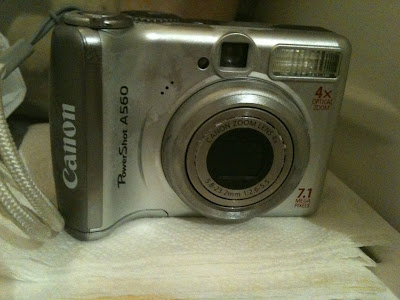 you might have a look at the Society of Amateur Scientists

and their 'Poorman's Space Program' column by Paul Verhage.