September 25, 2010
I've created a domain specially for my investigations of the possibility of building an Analytical Engine to (close to) Babbage's plans. It's called Plan 28. It references the fact that Babbage's most detailed plans of the Analytical Engine are in the form of two plans numbered 28 and 28a and stored in the Science Museum in London.

These plans depict a machine with a mill (the CPU, capable of doing addition, subtraction, multiplication and division), a store (the memory), and the barrels (microcode for the mill operations). It's the closest thing to a computer as we know it (although the program and the data are stored separately and programs have no way of accessing anything other than fixed memory locations: i.e. there are no references or pointers).

If you are following along and want some reading then go with the following:

And as a bonus, here are some pictures I took at the weekend in the Science Museum in London.

The first shows a trial portion of the Difference Engine: 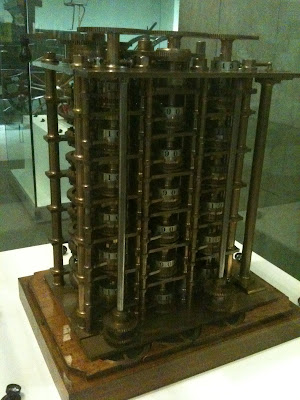 Here are some punched cards prepared by Babbage that would have been used for programming the Analytical Engine: 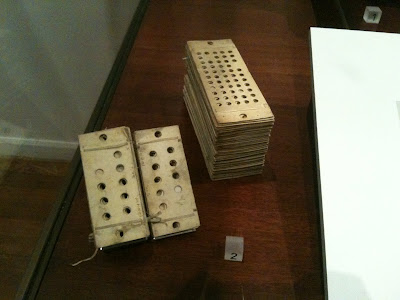 And here's the trial section of the Analytical Engine that Babbage built: 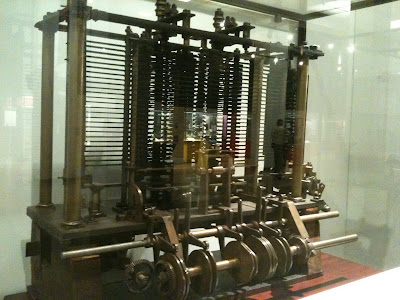 And, finally, the mill of the Analyical Engine. This was built by Babbage's son after his father's death. 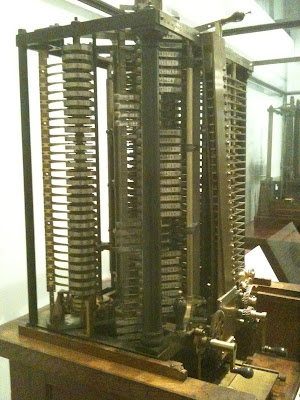 Unknown said…
I was thinking a while back about whether you could crowdsource the digitisation of the plans. That is, first scan them in and put them on the web, and then write a web app in which people could trace them into a 3d model.

After that, you would need a physics engine for people to try sticking the cogs and things together...
3:03 PM