Paul Graham came up with a good list of places to see Silicon Valley, but to my mind he missed three important places from a historical perspective. One of these is a major omission because it put the Silicon in Silicon Valley.

Paul mentions walking around Old Palo Alto but doesn't include 367 Addison Avenue where HP got started. Working out in the garage of the house where Dave Packard lived, William Hewlett designed HP's first product: The Model 200A oscillator. Notice how they were great at marketing: they called it the Model 200A to make it look like it was one of a number of products from a big company. 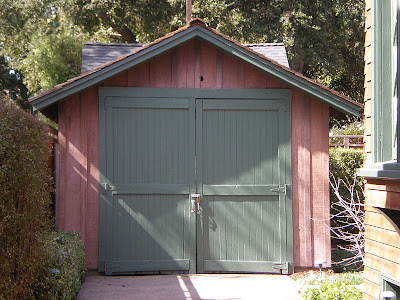 Although it's now a shop, the place that put Silicon in Silicon Valley is the building that housed Shockley Semiconductor. In 1956 William Shockley moved to Silicon Valley (where his mother lived) and started a company to produce silicon, rather than germanium, transistors.

The building is at 391 San Antonio Road in Mountain View. Be sure to get your photo taken next to the historic marker. 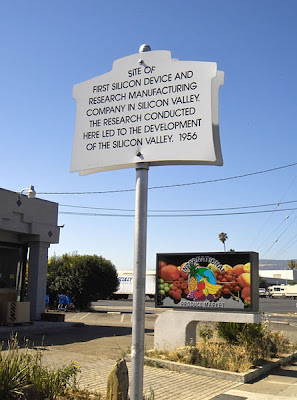 Mostly because Shockley was a difficult person his company fell apart and a large number of employees went off to form Fairchild.

This is another photo opportunity with a historic marker. The original Fairchild building is at 844 Charleston Road in Palo Alto and its here that the integrated circuit was invented (using the planar process). The planar process is the familiar method used to produce integrated circuits to this day by repeatedly doping a piece of silicon to process N-type and P-type regions through a photographic mask. It was far more efficient that Texas Instruments' mesa process. 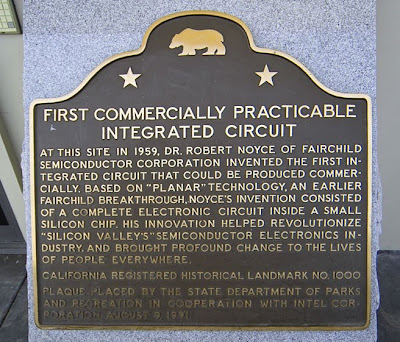 All three places, of course, are in The Geek Atlas. And all three are very close together in Palo Alto and Mountain View. You can easily visit all three in an afternoon.
at October 05, 2010