February 25, 2011
Having done freeze tests on the Arduino, the capsule and the camera I decided I needed a test of the Mylar film inside the capsule after a discussion on the UKHAS IRC list.

The film is stuck to the inside of the capsule with a spray glue used to mount photographs (which is safe for use on polystyrene), but I suddenly wondered if it might peel off at low temperatures.

So, into the freezer for two hours. Here's the capsule with the lid off sitting in the freezer. 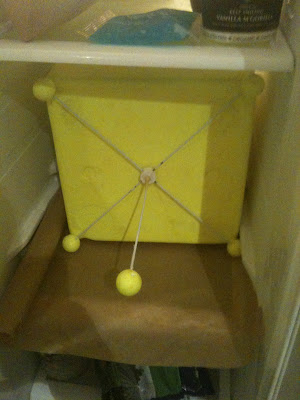 Two hours later there were no visible ill effects: 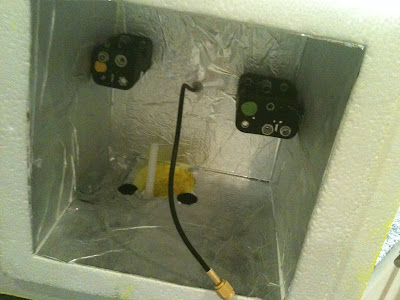 So, yet another test completed. This weekend's big test is a long distance (few mile) test of the main radio transmitter.