They are light, give a lot of power and work at extreme temperatures. All are great virtues for this type of activity. Two are inside the camera, but the other 10 need battery holders.

So, I've hotglued in place one six battery holder and one four battery holder. Happily, there's enough space inside the capsule for them. Before doing this I also put batteries in them and shook them as hard as I could to see if the batteries were likely to come loose. 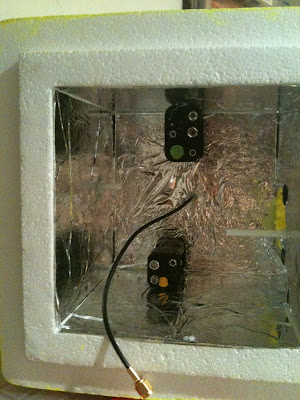 In the picture you can also see the nylon threaded rod used to hold down the computers and camera and the cable in the middle is the coax coming from the quarter wave antenna. The coloured dots on the battery holders are part of my Murphy's Law protection scheme.

The Mylar film inside the box is conductive, so to ensure no short circuits I insulated the exposed metal on the battery holders before installing them. 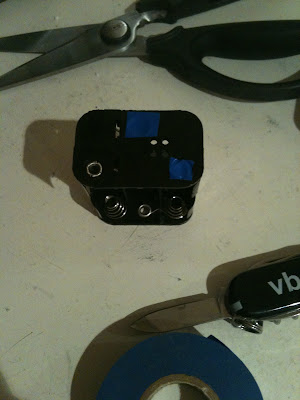 The other thing I've been working on is the interfacing with the DS1821 temperature sensors. But that's another story for another blog post. Here's a picture of the sensor that will be used to get external temperatures. It fits in a straw that pokes out the top of the capsule. 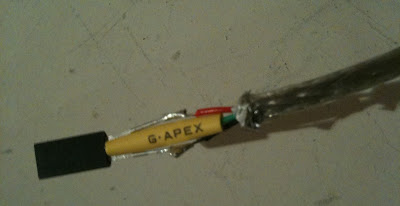