February 05, 2011
Having dug out and insulated the hole for the camera that will fly on GAGA-1 there was one last camera-related task to perform: make sure that it didn't move during the flight.

If you've seen any videos of other high-altitude balloon projects you'll know that there's quite a lot of buffeting of the capsule (especially in the jet stream) and so the camera needs to be fixed in place.

I had been planning to use strong Velcro mounts but after shaking the capsule around it was obvious that the camera was going to move around and the pictures would be spoilt. So, Plan B.

Plan B is a M6 nylon threaded rod that pierces the capsule wall and holds the camera in place with nuts. To do that a suitable 6mm hole needs to be drilled in the camera itself.

I dismantled my spare Canon A560 (the one that's partly broken) to see where I could drill. It was pretty obvious that the safest place was right through the view finder from the front. There are no electronics in the way. The view finder is a self-contained unit with plastic lenses. (A note of caution: the flash in the camera stores a lot of voltage in a small capacitor. Touch it and you'll get a big shock. I found that out the hard way.) 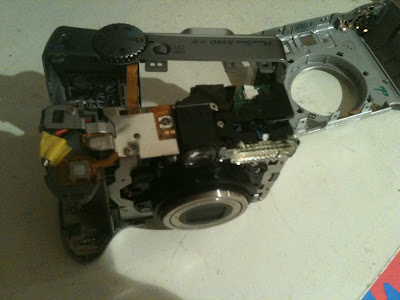 So, I first drilled a guide hole through the camera using a 2mm drill straight through the middle of the view finder lens on the front: 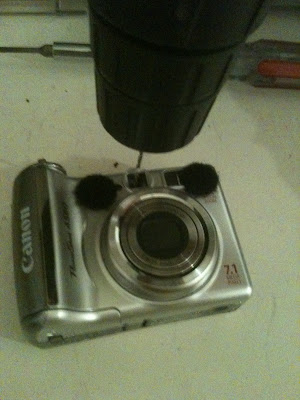 Next I used a 6mm drill to complete the hole. There was a load of debris inside the camera (contained within the view finder housing) that I removed using very thin pliers (it was the mangled guts of the view finder). 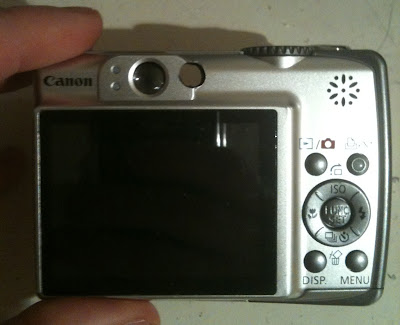 Then a quick check that the hole was good by threading through the M6 rod: 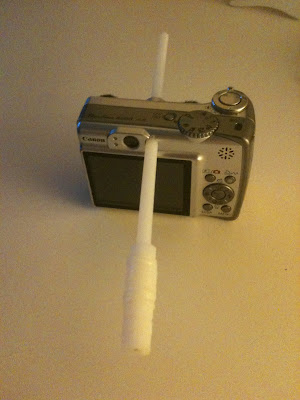 And then it was just a matter of making an appropriate hole in the capsule wall and pushing through the rod. To make sure it doesn't move there's a nut and the whole thing is hot glued in place. 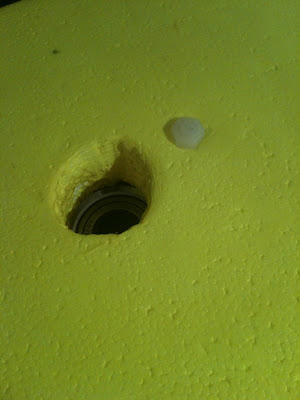 And here's the finished mounting. The camera is held snugly in place. 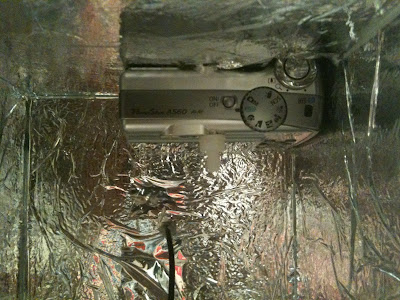 A similar arrangement is used to hold the board containing the computers in place: 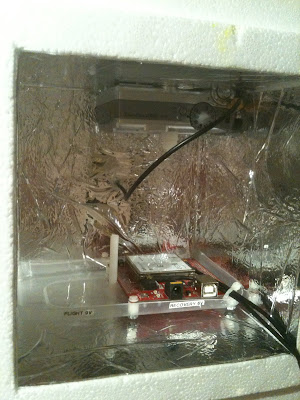 In other news, I've ordered one of the final bits that I didn't have: the parachute. It's a 36" parachute from Spherachutes with the balloon option (a point on the top where it can be attached to the line going to the balloon). It weighs just 50g but should slow the capsule for a safe landing.

Since Spherachutes makes them to order I've chosen alternating neon green and black panels. Neon green so that it can easily be seen on the ground, and black to find it in the sky.