Making a 'Ponyo' or putt-putt boat

June 25, 2011
If you've seen the film Ponyo (or if you grew up in Asia) you may have seen a sort of toy boat powered by a very simple steam engine. This sort of boat is variously called a putt-putt or pop-pop. 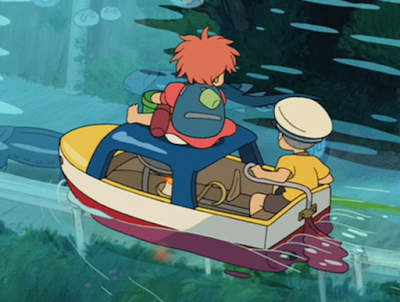 They work by having a very simple boiler powered by a candle in which water is turned to steam. The steam forces water out of a pair of tubes creating a partial vacuum which sucks water back in. The distinctive pop sound comes from the movement of the thin metal boiler's walls.

I came across lovely plans for building such a boat from a drink can and a milk carton from Science Toy Maker. The explanation and videos are really clear and easy to follow and the boat worked first time. Here's a short video showing it under test in my sink:

The first step in the instructions is making the engine. It uses a drink can, two straws and some epoxy glue. If you follow the video instructions it's not hard to make. Here's the can with the lid cut off using scissors: 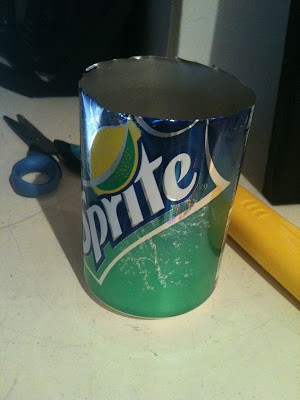 Then it's folded in half and held together with some tape: 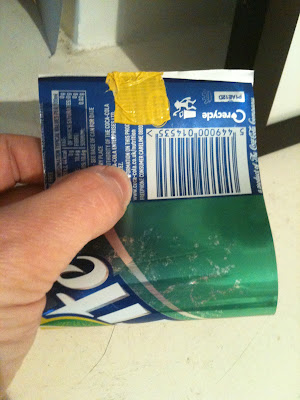 Then a pattern of cuts and folds is stuck on with more tape and the can is cut in two places and two folds are made to form the boiler: 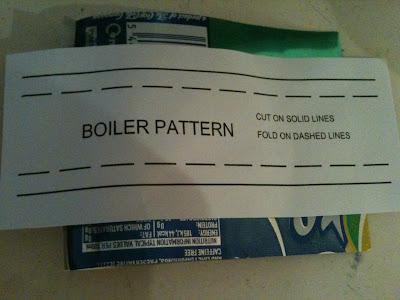 Once folded the boiler is completely flat: 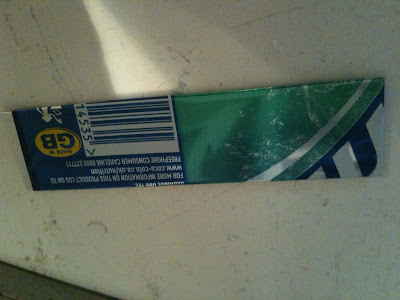 Then by gentle squeezing and inserting some straws you form the boiler shape which is fixed using epoxy glue: 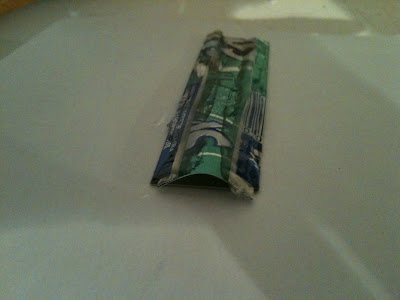 Finally the straws are glued into place with epoxy and bent until he correct angle. The bends are hot-glued to keep them from unbending: 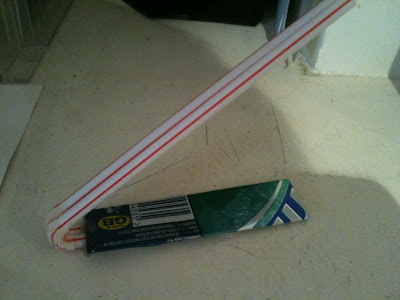 Then the engine is ready for a power test.

The boat itself uses a milk or juice carton. Here's one I borrowed from someone's party: 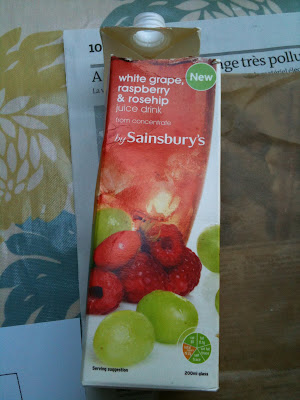 There's a simple pattern to print out and stick to the flatten out carton: 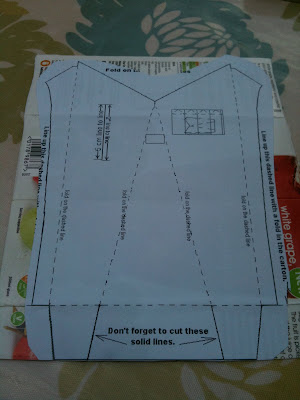 A bit of cutting, folding and stapling and the boat takes shape: 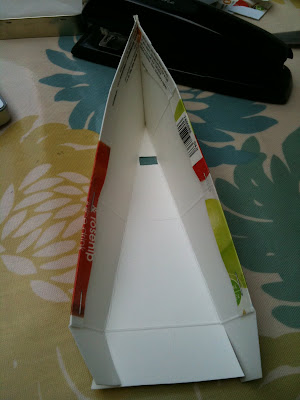 Then you stretch the boat to change the shape of the bow: 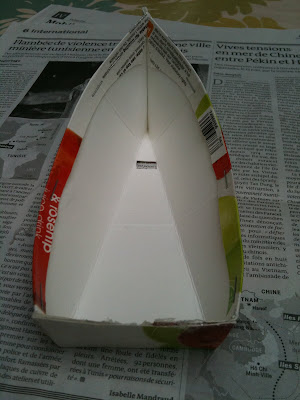 Finally, I painted it using a spray silver paint that was polystyrene safe and inserted the engine. The engine is hot-glued in place which helps seal up around the straws and weigh the boat down. 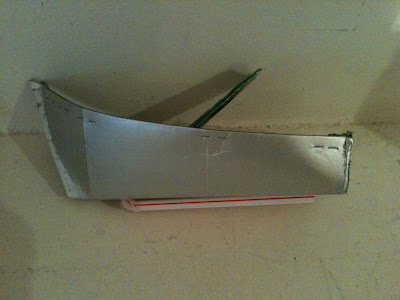 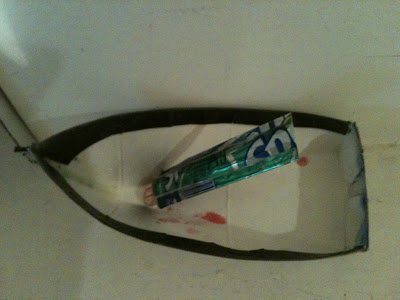 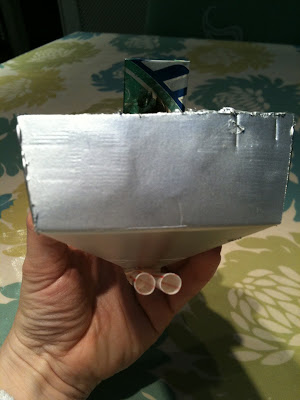 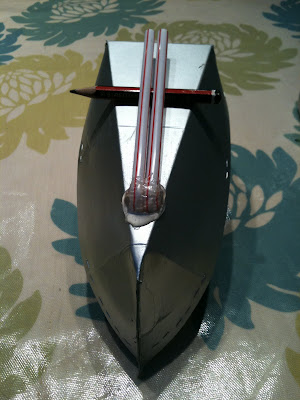 The boat is powered by a tea light.

Stork K said…
The real challenge would be to make one the same size as the boat in Ponyo.
7:58 PM