July 17, 2011
I've posted twice about experiments with expanding polyurethane foam (here and here). Since I had a large can of the stuff I tried a couple of new experiments: I filled a balloon with foam to see if it could be used as a mold and I filled a bagel bag to see how well (or not) the foam sticks to the plastic.

This was not successful at all. I filled it simple party balloon with foam and sealed the neck with a cable tie. 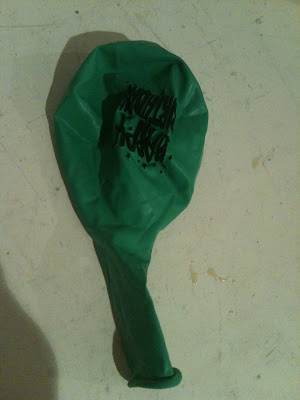 The balloon did not expand very much although the foam itself did set inside the balloon (I had squirted some water inside before injecting the foam to help the reaction along). The final balloon looked like this: 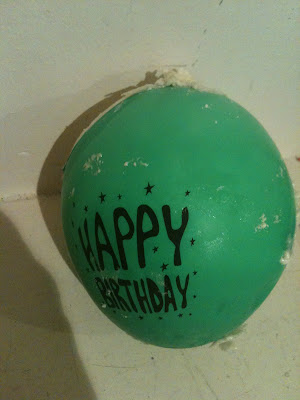 It's only a few centimeters across and it appears that the balloon is strong enough to contain the foam and it doesn't expand. The balloon rubber was a little difficult to remove, although it could be peeled off: 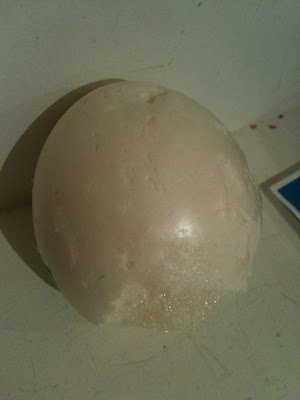 And cutting it in half with a Stanley knife shows a nice foam has formed throughout: 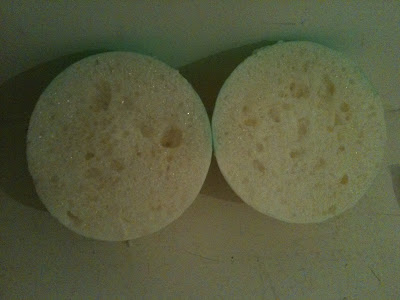 I filled the inside of a moistened bagel bag with foam and left it to set over night. 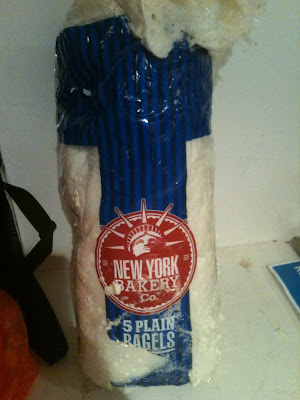 The bag was extremely easy to remove from around the set foam (it barely stuck at all) which resulted in a large block of bag shaped foam that would be about the right size for a HAB capsule. 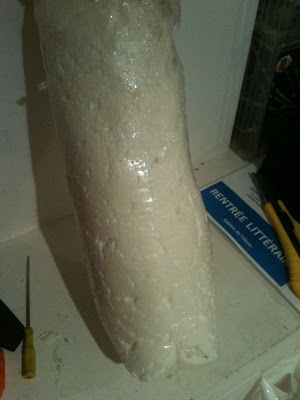 But there was a problem. A large bubble had developed inside which was coated with a sticky unset substance. I think this might be my fault (I may not have put enough foam inside the bag allowing this to develop): 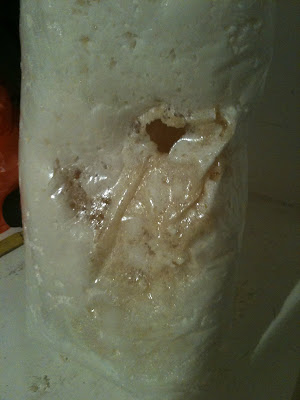 Cutting it open shows the extent of the hole which makes this unusable as a capsule. 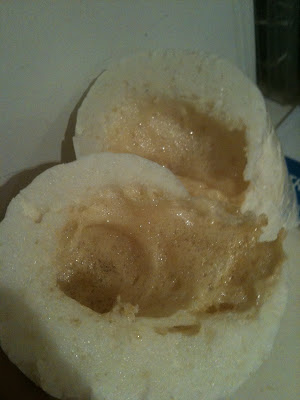 So, the next and probably final experiment is to make a rugby ball shaped (and sized) mold from papier maché and use it to make a two part capsule.