March 06, 2012
Part of the new exhibit being unveiled at Bletchley Park is the Delilah Secure Speech system that Alan Turing developed during the Second World War. Details of the system are in Andrew Hodges' excellent biography of Turing and have recently been placed in the National Archives (references FO 850/256 and HW 25/36 for people who want to go an see them for themselves).

Delilah was intended to be fairly portable (unlike SIGSALY) and usable in the field (such as in a tank) and allow secure speech communication between people over radio or telephone.

A team at Bletchley Park has been working to rebuild Delilah from the report (with some assistance from GCHQ) and I was able to see and photograph the reconstructed machine. Here are some pictures: 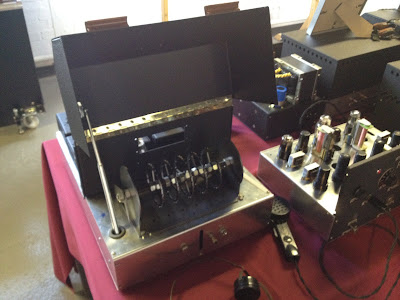 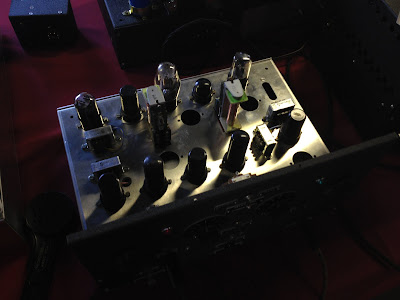 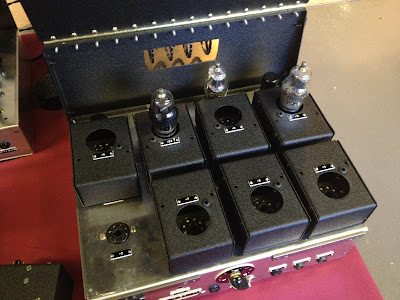 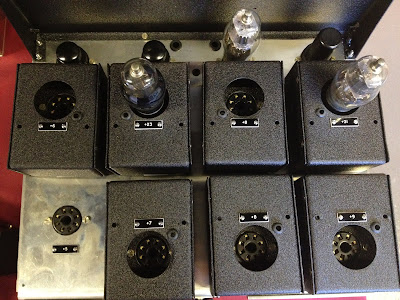 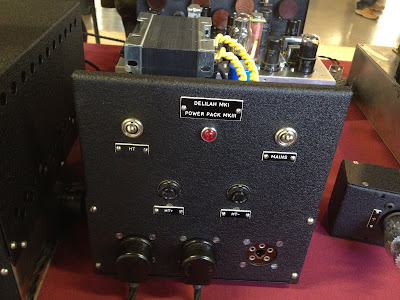 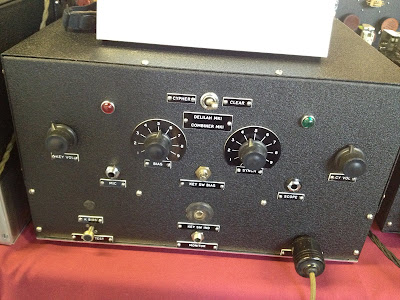 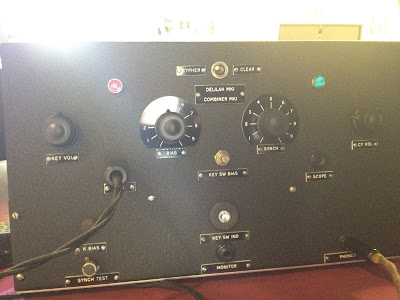 And here are pictures of the original machine taken from recently declassified documents: 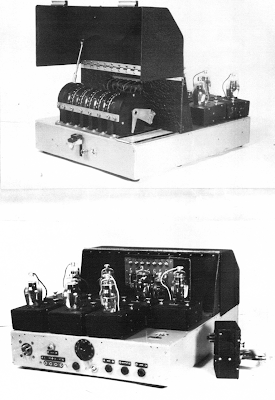 Briefly, Delilah worked as follows. The incoming speech was limited a channel of 2kHz which was then sampled at 4kHz to produce 4,000 samples per second of the incoming waveform. These samples were normalized to a range of 0 to 1 and added using modulo arithmetic to a key stream consisting of values in the range 0 to 1.

The resulting waveform was then transmitted and at the opposite end the original waveform could be constructed by adding back (again using modulo arithmetic) the same key stream. Both ends had to be synchronized for this scheme to work (and use the same key).

The key was set on wheels visible in the photograph above that generated a stream of pseudo-random numbers which when added to the incoming signal would result in something close to pure noise being transmitted.

MattyDub said…
I had no idea such a device actually existed! A fictionalized version is described in Neal Stephenon's Cryptonomicon (in which Turing is a minor character) - but this is the first I'd heard of it outside of fiction.
12:06 AM