How I ended up with so much Hacker News karma

December 03, 2012
On the Hacker News leaderboard I'm currently in position #12 with 32,360 points. I was curious to find out how I ended up in that position, so I used the HNSearch API to pull down my complete submission and comment history.

So, the first conclusion is: consistency over a long period.

Looking at the trend in points per submission it looks like things haven't changed much in 5 years. If you look at submissions that received below 200 points things look fairly consistent. 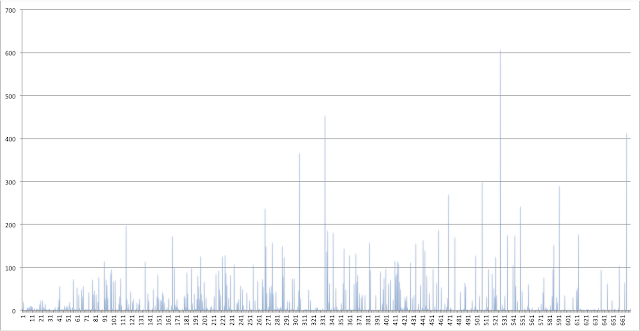 But it looks like I've got better at writing comments people vote up. Or perhaps the community has just grown and the number of upvotes has gone up for a well received comment. 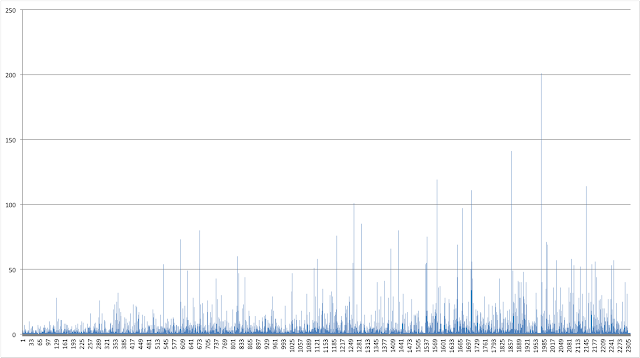 Breaking the points gained for submissions into bands shows that I've earned a great deal of karma for stories that hit 50 to 200 points. 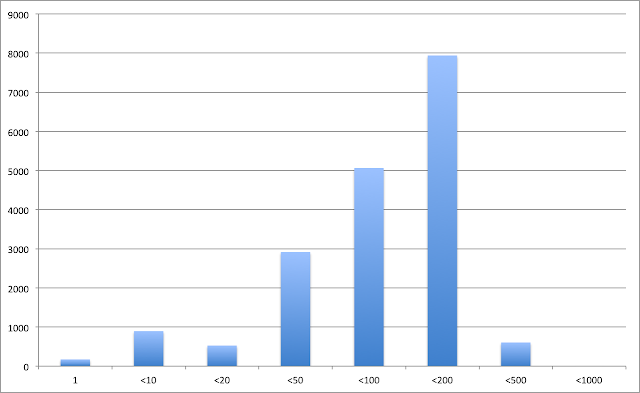 One thing I hoped to gain from this was insight into when my comments and posts did best on Hacker News. Here's the number of points I've gained by UTC hour for submissions: 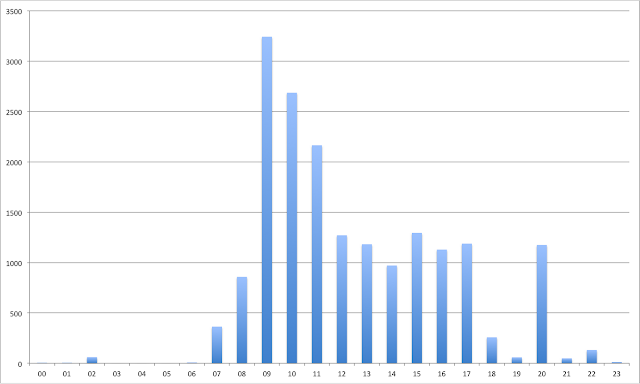 So, for me at least, the peak times for submitting content to get karma are between 0900 and 1200 UTC (i.e. the morning in the UK).  Commenting has a very different pattern. It appears that it's better for me to submit stories in the morning UTC but wait until the afternoon (i.e. morning in California) to write comments. 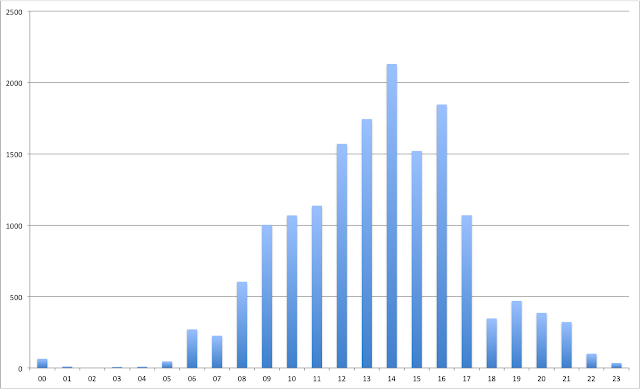 But digging a little deeper shows that this pattern really happens because I comment more in the afternoons. Looking at the average points gained per comment by time reveals that it doesn't really matter when I comment. 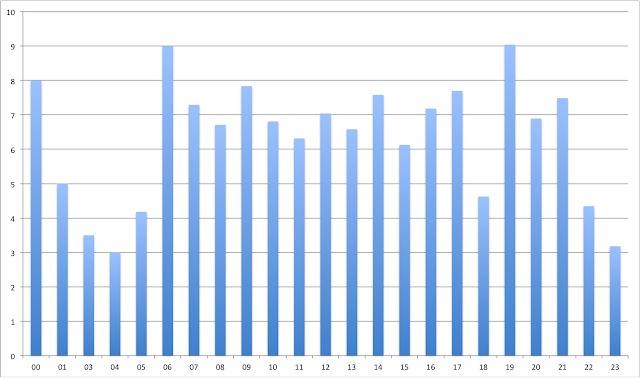 And the pattern seen above for submissions gets similarly blurred. Although there are some slightly better times than others. 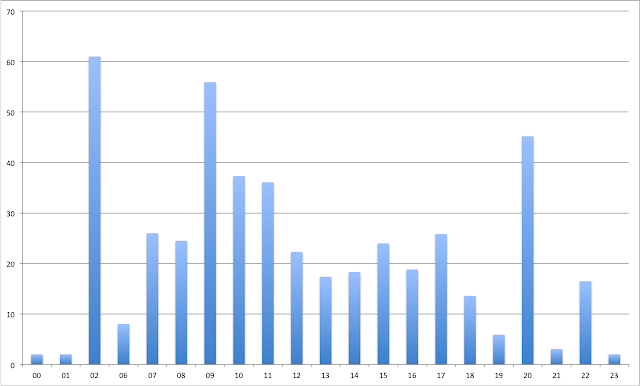 My conclusion is that if I want more points there's no point trying to game Hacker News. It doesn't really matter when I submit a story or write a comment. It's content that's king. That's good news for Hacker News because it indicates that what matters there is content and not game playing.

So, to answer my original question about how I ended up with that much karma: slowly, consistently, over years by submitting things that people like.

Anonymous said…
Hi,
Thanks for your post, I'm new to hacker news and it's interesting to learn about it through your experience.
The data are intersting, did you use a specific software to "slice" it or a simple spreadsheet?
12:45 AM

invinciblesaad said…
This is an inspiring post and shows your dedication and hard work at Hacker News. I have taken some points to implement right now to gain more attention on Hacker News.