I guess it makes me boring but I try to get people to use stronger passwords.

People love to use the same password over and over again, or they invent some amazing scheme like the same single word followed by their birth year, or replacing a's with 4's. And no matter how many password database get hacked the idea that password security matters doesn't seem to really sink in.

When I do get someone to listen I tell them to use diceware generated passwords and them write them down in a little book and guard the book jealously (actually, I tell them to use a password manager but most people seem to balk at using software I think for fear of losing their passwords). 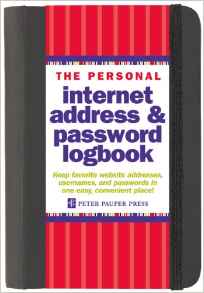 So I advise them to buy something like this and then keep a record of their passwords generated using diceware. Usually people seem happy to have something that creates them passwords like this:

But then they often ask the sensible question: "What if someone steals that book?" And so I suggest a 'two factor' solution. Two factor authentication is often characterized as a combination of something you know (e.g. a secret password) and something you have (for example, a smartphone with an app on it that generates a unique number valid for a few seconds).

Or maybe it's that the first vowel in each word is omitted: the user types in nger lnar grek wrry brwn hle.

Or that the password is followed by digits giving the number of consonants in each word: anger lunar greek worry brown hole333442.

Or that the number of consonants in each word is multiplied together to create a number added at the end: anger lunar greek worry brown hole864.

There are all manner of schemes someone can use to make possession of the book useless and it's a good way to get a user who isn't interested in password security engaged in the topic. The goal should be something easy to remember that's reasonably easy to compute in your head.

Of course, this doesn't protect against an attack where a single password has leaked and someone has access to the book because they may be able to figure out the scheme used, but this is a huge advance on the poor habits of most users.

PS If you are planning to do this... please consider using a password manager first.

PPS This will not protect the user against disclosure of an individual password. Two factor systems like Google Authenticator do help there. Always enable two factor authentication if it is available.

PPPS If you read this blog post and only take one action... go make sure your email is secured.

Hard to imagine anyone technical and diligent enough to generate and write down every password using diceware and use that pad for manually writing it in and every time but not smart/willing enough to use software to store the passwords.

It sounds like a tremendous amount of work, since all a person would have to do is compromise the users email account, and then when the user is sleeping reset all the passwords of accounts they find most desireable without needing to figure out the passwords of any of those other accounts.

Or for people who do use a password manager software like 1Password, even if it stores 1000s of different unique diceware passwords, a person only needs to guess the single password used to encrypt that database to access all the passwords. And most likely that single password is a common easy one since they have to type it in everytime.

With all these password schemes always best to focus on the weakest link in my opinion.

Storing passwords in a vault is my preference, especially with so many support two factor authentication now. Even if you wanted to own the data, Secret Server (free edition) supports two factor via Email. Or LastPass, if you don't mind an online solution, supports numerous two factor methods including Google Authenticator.

I have my credit card PIN (I'm in Europe, so we use PIN) written on it with a bunch of random numbers in different colors and only I know the pattern I have to go thru to get the PIN :)

I like https://securemypw.appspot.com as I can store my passwords in a Google Doc or even Chrome bookmarks ... but only I can "unlock" the password using a single master password (I only have to remember 1 password!).