Receiving the WWVB time signal in Portugal (by accident)

For many, many years I've owned a Sharper Image clock that sets itself from the WWVB time signal in Fort Collins, CO. Well, it used to set itself when I lived in the US. For much more than a decade the clock has sat by the bed and I've manually set it. And it dutifully looked for a time signal it never received. But it worked absolutely fine with manual setting. 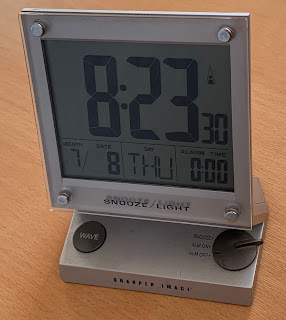 At some point between 0300 UTC and 0600 UTC the clock received the WWVB time signal and set itself to EST with DST enabled. This morning the clock was "off" by five hours based on time in Lisbon. 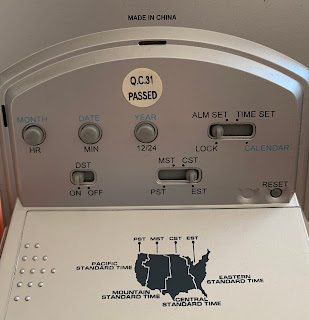 The NIST propagation chart for the night doesn't show the signal hitting Portugal but somehow my trusty little clock picked it up. Although it makes sense that it set itself between those hours as that's the best time to "hear" the signal outside North America. 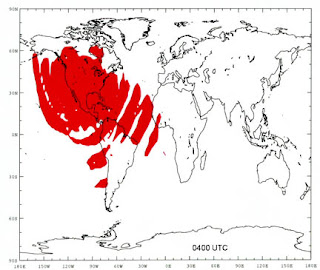 It's about 7,700 km along the great circle route from Fort Collins to Lisbon but the signal made it! Since this is an LF transmission at 60kHz the likely path is via bouncing off the ionosphere. Given that at night such bounces might be 2,000 km long it's likely the signal bounced two to three times to reach Lisbon.

Perhaps even more surprising than the long transmission path is that the UK MSF time signal (which uses a different format) transmits on the exact same frequency and is way closer.